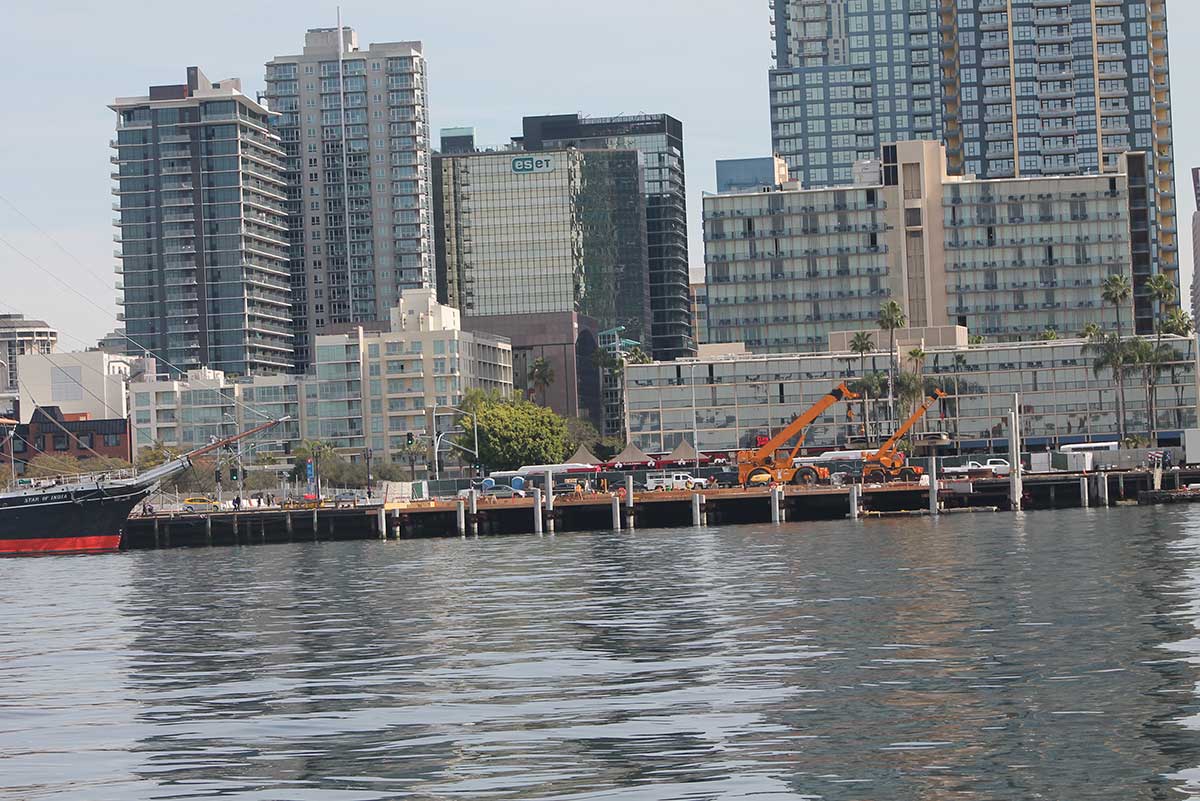 We have had lots of inquiries about what, exactly, we do on our boat when we go there. My answer?? Everything and nothing!

Today was a beautiful San Diego day – bright blue sky, a bit chilly (about 63), and very little wind. We just cruised the inland waters today. In the Navy dry dock we spotted a Navy submarine being worked on. They are much larger when you can see the entire sub and not just the top half!

We also passed a Canadian frigate, the HMCS Calgary, in from Canada – always a treat to have our northern neighbors come for a visit!  The Calgary has served in the Canadian Forces and Royal Canadian Navy since 1995.

Just passed Point Loma we could clearly see the Los Coronados Islands.  These are islands just inside the Mexican border, and are a conservation area for Mexico.  You need special permitting to visit these islands, which we are in the process of slogging through!  There is a sea lion colony there, and when you pull your boat up to anchor, they are there to bark, greet you and urge you to play!  We are currently working on obtaining the proper documents to take our boat into Mexican waters.  I will post pictures of the adorable sea lions of Los Coronados when we get there!

Back in the harbor, you can see the work underway at the new development that is taking over where Anthony’s Fish Grotto used to be.  That was torn down last year to make way for newer development.  Improvement???  Not sure.  I think the downtown Embarcadero is erasing some of its history.

I love this view of the Midway.  It is an aircraft carrier originally commissioned a week after the end of WWII.  It was the largest ship in the Navy fleet until 1955, as well as the first US aircraft carrier too big to transit the Panama Canal.  She operated for 47 years, in the Vietnam War and Operation Desert Storm.  Decommissioned in 1992, she is now a museum permanently moored along the Embarcadero.  It is humbling to pass so close to this piece of history – and those anchors!!! They are larger than our boat!  At high tide we can pass under the port side of the ship and look up!

Also docked in the bay were the two Ocean Cleanup ships, in for minor repairs.  These are the ships that the Dutch teen, Boyan Slat, developed to clean up the Pacific Garbage Patch.  You can read more at https://www.theoceancleanup.com  Awesome to see these two ships in port!

So do we get bored???  Never!  There is always something new to see on the bay! 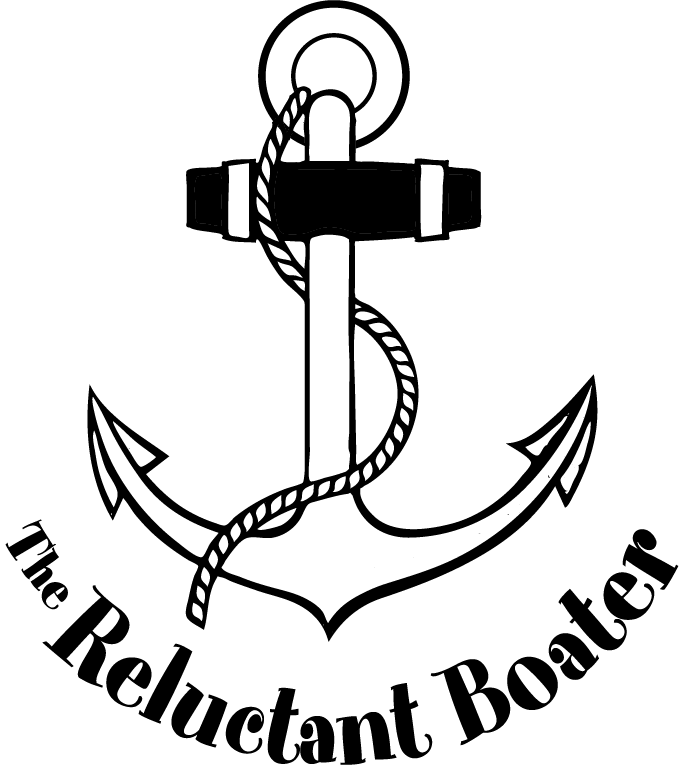